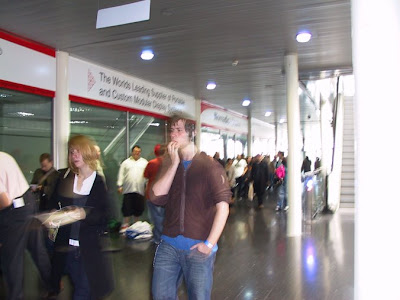 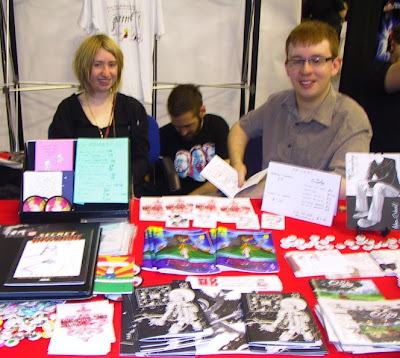 The rest of you can read the comic by following the link in the previous post, below this one...
Posted by Dave Bulmer at 16:46

Yes, you got it right!

Was great meeting you, Dave. Your Raphael going out to the moovies impression was the highlight of the weekend for me.

And I'm going to adopt that description of my comic - so thanks Cadwell/Bulmer.

where's that photo I ruined?